Why are so many of the grandchildren of Nazis and Nazi collaborators who brought us the Holocaust once again declaring war on the Jews?

Why have we seen such an increase in anti-Semitism and irrationally virulent anti-Zionism in western Europe?

To answer these questions, a myth must first be exposed. That myth is the one perpetrated by the French, the Dutch, the Norwegians, the Swiss, the Belgians, the Austrians and many other western Europeans: namely that the Holocaust was solely the  work of German Nazis aided perhaps by some Polish, Ukrainian, Latvian, Lithuanian and Estonian collaborators.

The Holocaust was perpetrated by Europeans-by Nazi sympathizers and collaborators among the French, Dutch, Norwegians, Swiss, Belgians, Austrians and other Europeans, both Western and Eastern.

If the French government had not deported to the death camps more Jews then their German occupiers asked for; if so many Dutch and Belgian citizens and government officials had not cooperated in the roundup of Jews; if so many Norwegians had not supported Quisling; if Swiss government officials and bankers had not exploited Jews; if Austria had not been more Nazi than the Nazis, the Holocaust would not have had so many Jewish victims.

In light of the widespread European complicity in the destruction of European Jewry, the pervasive anti-Semitism and irrationally hateful anti-Zionism that has recently surfaced throughout western Europe toward Israel should surprise no one.

“Oh no”, we hear from the European apologists. “This is different. We don’t hate the Jews. We only hate their nation state. Moreover, the Nazis were right wing. We`re left wing, so we can`t be anti-Semites.

The hard left has a history of anti-Semitism as deep and enduring as the hard right. The line from Voltaire, to Karl Marx, to Lavrenti Beria, to Robert Faurisson, to today`s hard left Israel bashers is as straight as the line from Wilhelm Mars to the persecutors of Alfred Dreyfus to Hitler.

The Jews of Europe have always been crushed between the Black and the Red- victims of extremism whether it be the ultra-nationalism of Khmelnitsky to the ultra-anti-Semitism of Stalin.

“But some of the most strident anti-Zionists are Jews, such as Norman Finkelstein and even Israelis such as Gilad Atzmon. Surely they can`t be anti-Semites.

Why not? Gertrude Stein and Alice Toklas collaborated with the Gestapo. Atzmon, a hard leftist, describes himself as a proud self-hating Jew and admits his ideas derive from a notorious anti-Semite.

He denies that the Holocaust is historically proved but he believes that Jews may well have killed Christian children to use their blood to bake Passover matzah. And he thinks it is “rational” to burn down synagogues.

“But Israel is doing bad things to the Palestinians”, the European apologists insist,” and we are sensitive to the plight of the underdog”.

No, you`re not! Where are your demonstrations on behalf of the oppressed Tibetans, Georgians, Syrians, Armenians, Kurds, or even the Ukrainians? Where are your BDS movements against the Chinese, the Russians, the Cubans, the Turks, or the Assad regime.

Only because their alleged oppressors are Jews and the nation-state of the Jews. Would there be demonstrations and BDS campaigns on behalf of the of the Palestinians if they were oppressed by Jordan or Egypt?

Oh, wait! The Palestinians were oppressed by Egypt by Egypt and Jordan. Gaza was an open-air prison between

1948 and 1967, when Egypt was the occupying power. And remember Black September, when Jordan killed more Palestinians than Israel in a century? I don`t remember any demonstrations or BDS campaigns–because there weren`t any.

When Arabs occupy or kill Arabs, Europeans go ho-hum. But when Israel opens a soda factory in Maale Adumim, which even the Palestinian leadership acknowledges will remain part of Israel in any peace deal, Oxfam parts ways with Scarlett Johansson for advertising a soda company that employs hundreds of Palestinians.

Keep in mind that Oxfam has provided “aid and material support” to two anti-Israel terrorist groups, according to the Tel Aviv-based Israeli Law Group.

The hypocrisy of so many hard-left western Europeans would be staggering if it were not so predictable based on the sordid history of Western Europe’s treatment of the Jews.

Even England, which was on the right side of the war against Nazism, has a long history of anti-Semitism, beginning with the expulsion of the Jews of Europe for seeking asylum from the Nazis in British-mandated Palestine.  And Ireland, which vacillated in the war against Hitler, boasts some of the most virulent anti-Israel rhetoric.

The simple reality is that one cannot understand the current western European left-wing war against the nation-state without first acknowledging the long term European war against the Jewish people themselves.

Theodore Herzl understood the pervasiveness and irrationality of European anti-Semitism, which led him to the conclusion that the only solution to Europe`s Jewish problem was for European Jews to leave that bastion of Jew hatred and return to their original homeland, which is now the state of Israel

As author Amos Oz once aptly observed: the walls of his grandparents` Europe were covered with graffiti saying,” Jews go to Palestine” Now they say “Jews get out of Palestine”–by which is meant Israel.

Who do these western Europeans bigots think they are fooling? Only fools who want to be fooled in the interests of denying that they are manifesting new variations on their grandparents` old biases.

Any objective person with an open mind, open eyes, and an open heart must see the double standard being applied to the nation-state of the Jewish people. Many doing so are the grandchildren of those who lethally applied a double standard to the Jews of Europe in the 1930s and 1940s.

← PRO-ISRAEL-BECAUSE IT IS FAIR CEMETERIES , also a business → 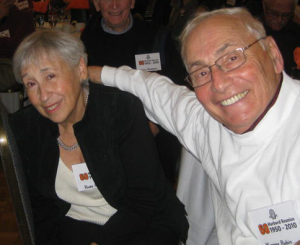