When I started public school in 1936 at the beginning of class we sang the national anthem “God Save The King” and recited the “Lord’s Prayer”. Canada was a secular nation, but for all practical purposes a Christian secular nation. Nobody minded! Jewish families with very few exceptions accepted the status quo.All were free to practice their religion as they saw fit although there was discrimination against Jews in the teaching profession, banking, insurance, and entrance into professional university courses

All has changed! Government institutions are tolerant of the main religions, Christianity, Islam and Judaism, to such an extent that the term “Merry Christmas” has been replaced by “Happy Holiday” to take account of the fact some other religious holidays might fall at the same time. For me, as a young Jew, Christianity was synonymous with Christmas. Happy Holidays is a much more neutral term and encompassed everybody whether you were Christian or not.

In the beginning of the 20th century, France, Italy, Spain considered themselves Catholic nations and England was just as firmly Protestant. In the 21st century religious institutions in western nations do not have the positions of power as in the past and all religions and their practices are accepting of one another’s dogma and practices. The idea of Protestants and Catholics engaged in deadly religious wars is part of the history of these religions. When Tito died, Yugoslavia broke up into religious factions and the Christians of Serbia fought and tried to expel the Moslems in Bosnia. It was the U.S. a predominately Christian country that ended that slaughter. The fighting in Northern Ireland is somewhat sectarian but mostly economic It has been resolved. Israel, a majority Jewish state has complete freedom of religion for all. In general western democracies are relatively free of religious strife It would be hard to make the same statement about the 57 Moslem countries that comprise 1 ½ billion people.

Christian evangelists in an article in a publication called “Battle Cry” point out that in January 2010, the Afghan government warned that conversion to Christianity was punishable by death. What a deplorable act of chutzpah! If a citizen wants to convert to the religion of the saviors of the country, the person faces a death penalty. In Pakistan, Turkey and the Philippines there are many instances of anti-Christian activity. Saudi Arabia, the supplier of much of the oil to the west is one of the most oppressive countries for Christians. There are no churches in the entire country, even though foreign workers make up 1/3 of the population and many of them are Christian. It goes without saying that Jews are not allowed into the country at all.

Many religious texts like the Bible, Koran and the Old Testament are filled with demands that are inconsistent with modern practices and ethics. Fundamental Christians and very orthodox Jews do not, in these instances, follow the exact requirements as written many years ago. The attitude of Islam towards other religions is not in some instances, in keeping with the laissez-faire attitude of the 21st century. In general the western world is open to all religious beliefs, even atheism, while some Imams preach that apostasy should be punishable by death and even accept the idea that committing suicide and killing innocent by-standers can be tolerated, even to the extent of killing other Moslems.The number of Moslems who adopt this attitude is probably small, but the acts themselves can be so horrendous, that they are able to create resentment against the whole religion, even in a very tolerant western world. 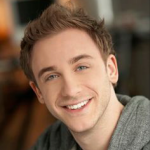